really an argument between the Catholic Church

and Galileo, convicted of heresy for saying

that Earth is not the Universe’s center.

Galileo Galilei  pushes away the Bible at his trial for heresy by the Inquisition in Rome in 1633.  by Roberto Francesco Romolo Bellarmino

1633: Galileo Galilei was put on trial

for saying that the Earth revolves around

the Sun. We are not the center.

They knew better than God who seems

to have been the one who planned it.

[ Back in April 1633, Galileo agreed to plead guilty and was sentenced to an unlimited period of house arrest in his home in Florence for this offense. He gradually went blind and stopped looking to the heavens. It took until 1992 for the Catholic Church to formally admit that Galileo’s views on the solar system are correct. ]

Professor Galileo of Padua made his lenses

and the sky was 20 times closer.

Mountains on the moon, and more moons

around Jupiter, and a celestial Milky Way

that led him – us – towards the future. 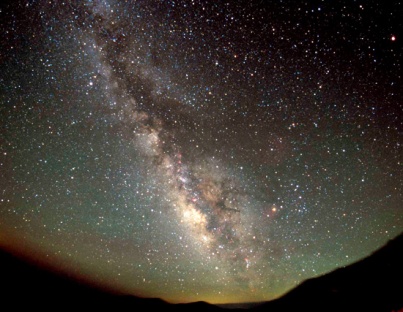 In 1610, Galileo published the story of his telescope and the results of his studies as The Starry Messenger.  He had been corresponding with German astronomer Johannes Kepler, who also believed that the Sun, not the Earth, was the center of the solar system. Kepler had been urging Galileo to go public with his theories for years.

I had believed that when Galileo was tried and convicted by the Church for heresy, he was tortured and excommunicated. But, in fact, he remained a loyal Catholic his entire life.

His cosmology says we aren’t the center.

We speed through space circling a star.

The tides prove it. But I am motionless.

In 1632, Galileo published Dialogue Concerning the Two Chief World Systems which he originally originally called Dialogue on the Tides. The two systems were Ptolemy’s, who believed that the Earth was the center of the universe with the Sun, Moon, planets, and stars revolving around it, and Copernicus’ who posited that the Sun is the center of the universe.