Tonight, a clear western horizon shows Venus.
I imagine a line to the sunset
which intersects Mercury below it but ascending
each night while Venus descends, their conjunction
next week even if we don’t notice. 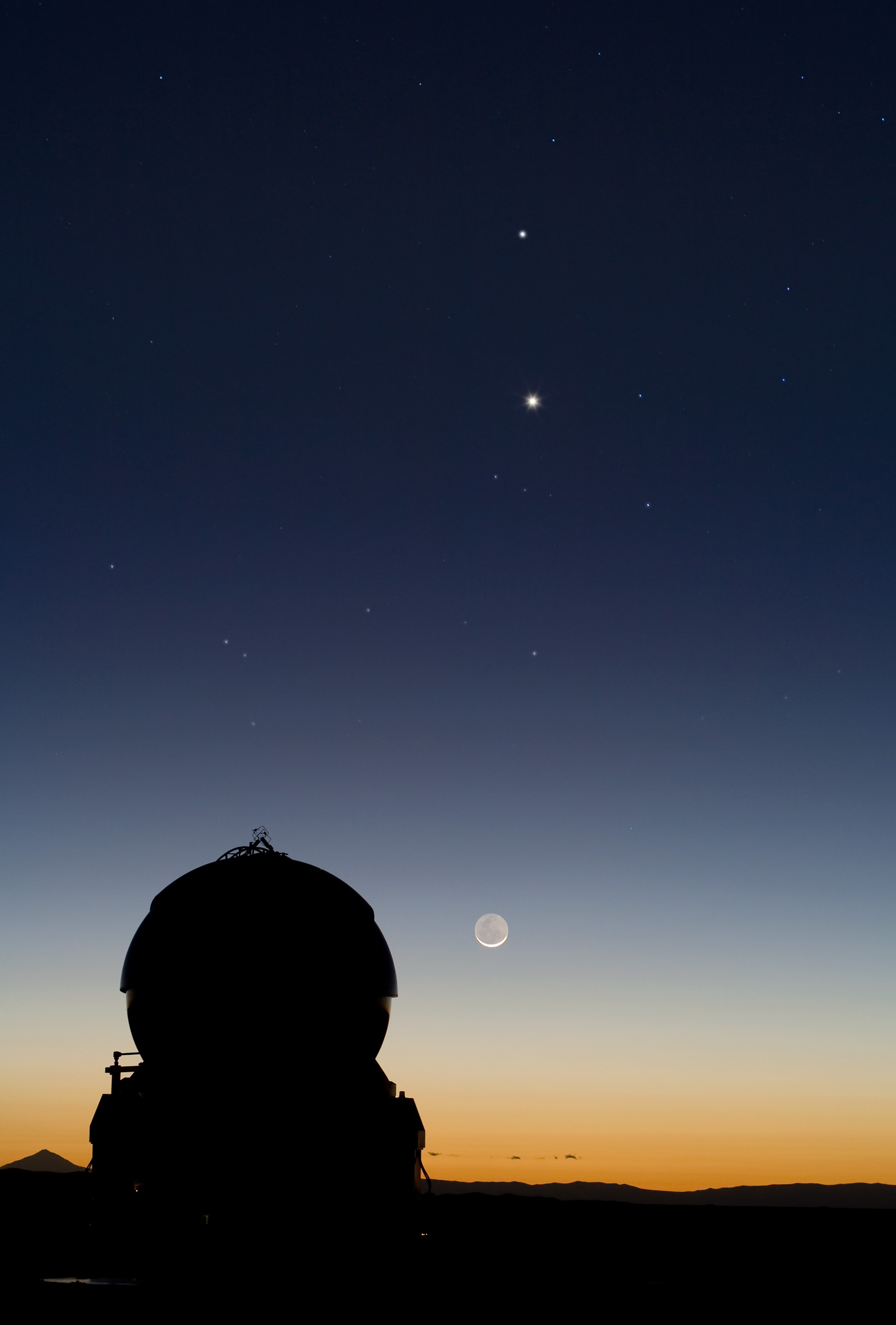 A conjunction of Mercury and Venus appears above the Moon, as viewed from the Paranal Observatory in northern Chile – Image: ESO/Y. Beletsky, CC BY 4.0

From mid-May through the end of the month, Mercury is visible after sunset below Venus above where the Sun set. Past mid-month, Mercury ascends while Venus descends toward its June 3 passage between the Earth and the Sun and their conjunction will come May 20/21.

a thinning crescent as it slowly sweeps
past four bright morning planets – first Jupiter
then Mars, Saturn and Mercury, the crescent
points at them this morning of equinox.
Golden Saturn invisible to me – but there. 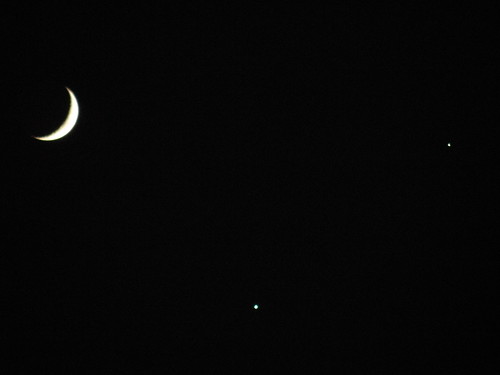 And the Moon’s shy dark side illuminated

in earthshine – sunlight reflected from our Earth.

“Is that Mars or Mercury?,” she asks. 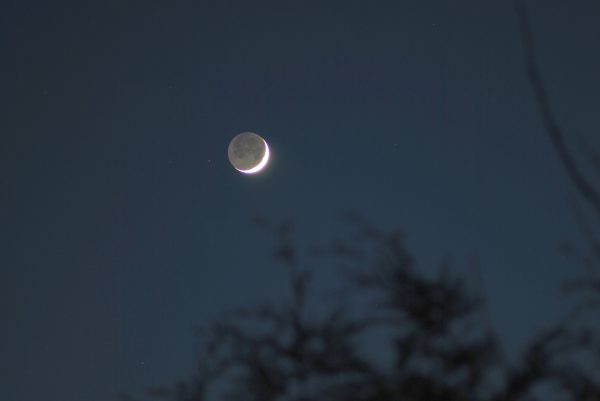 A packed coffee joint last night for Janet O’Neil’s art show opening and lots of good music. The art is up all month.
It was very sad when he left us.
A Jersey breakfast sandwich. Call the meat by either of its names depending on where in #NJ you are standing. Side items and avocado are very much optional and almost sacrilegious.