Poet Percy Bysshe Shelley drowned at sea,
not yet thirty, off the coast of Italy.
He had learned political poems wouldn’t change
the world, but sailing a stormy sea,
his schooner sank. He never learned to swim.

Percy Bysshe Shelley had been living in Lerici, Italy for about four years. Leaving England, he also left his radical political poetry behind and turned to a more Romantic idealism. He was sailing home from Livorno when they encountered a storm and the boat was swamped. Percy could not swim and drowned along with the crew of three. Shelley’s badly decomposed body washed ashore at Viareggio ten days later and was identified by his clothing and a copy of Keats’s “Lamia” in a jacket pocket.

The conservative London newspaper The Courier, reported, “Shelley, the writer of some infidel poetry, has been drowned: now he knows whether there is a God or no.” But his friends and admirers, including his second wife, Mary Wollstonecraft Shelley, author of Frankenstein, set about to create a Romantic legacy for him. His body was cremated on the beach in a kind of pagan ceremony. Shelley’s heart, which had not burned, was retrieved from the pyre. Mary kept it for the rest of her life, wrapped in a copy of his poem “Adonais” which is an elegy on the death of John Keats, Here is how that poem ends:

The breath whose might I have invoked in song
Descends on me; my spirit’s bark is driven,
Far from the shore, far from the trembling throng
Whose sails were never to the Tempest given;
The massy earth and sphered skies are riven!
I am borne darkly, fearfully, afar;
Whilst, burning through the inmost veil of Heaven,
The soul of Adonais, like a star,
Beacons from the abode where the Eternal are.

The rest of his ashes were interred at the Protestant Cemetery in Rome with a monument inscribed with the words Cor Cordium — “heart of hearts” — and lines from Shakespeare’s The Tempest:
“Nothing of him that doth fade
But doth suffer a sea-change
Into something rich and strange.”

and will not be visible at dawn.

It is incomplete growing to the west,

Four more days until it is full. 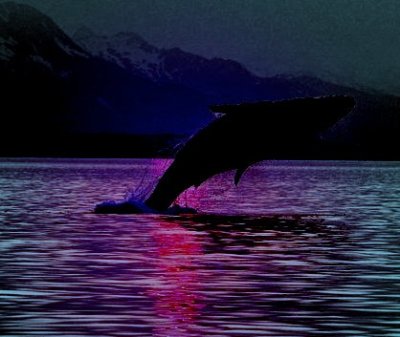 I will miss picking a tomato from the garden and eating it minutes later. Stay warm Jersey!
I wish my sketchbook looked a bit more like Edward Hopper’s sketchbook.
🛌 Bedtime here 💤
Better get there early for Muffin Monday! They go fast. Today AJ made a savory cheddar & sun dried tomatoes. This was my lunch today. And one to take home to Lynnette.